Posted on November 1, 2014 by Danko Whitfield

On 1 November, Winterfell celebrated it’s eighth anniversary in Second Life. The 19-region estate was established by Serra Anansi, known as Lady Twilight, and is now ruled by her daughter, Princess Selena. The Princess welcomed Winterfallen and guests and dignitaries from foreign lands to the brand new Rosehaven Castle, the seat of power, wisdom and magic.

Following a performance by the singer Russell Eponym, which this correspondent sadly was unable to arrive on time for, a Renaissance Faire was held.

The tents around the Fairegrounds displayed the wares of craftors and artisans as well as attractions such as the tarot card reader. There were competitive games as well, including darts and mud wrestling. 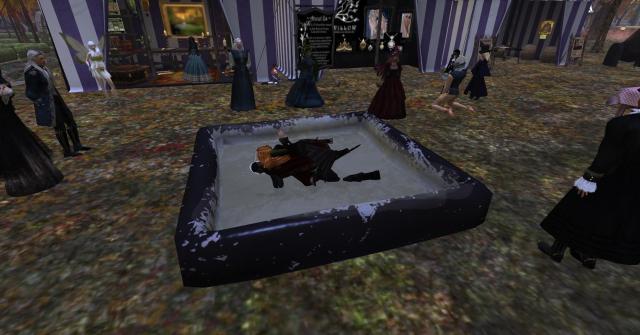 The grand finale of the celebration was the Masquerade Ball at Rosehaven Castle with music provided by Lady Gabrielle Riel and simulcast on Radio Reverie.

Congratulations to Lady Twilight and the Princess on eight wonderful years of rule over a most beautiful land and for the great success of the anniversary festivities. A good time was had by all. Including this fellow… 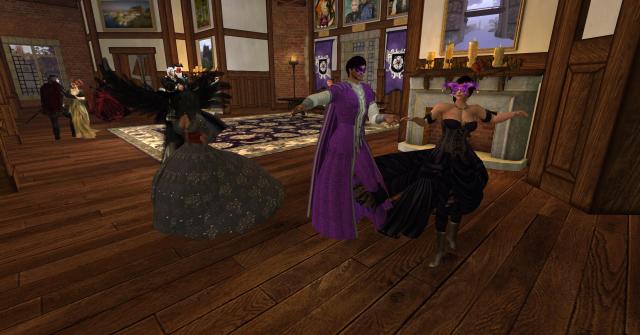 Who was that masked man?